The Barnett family specialise in producing New Season Lamb every week of the year. Lambs are normally ready for the market at around
4-5 months of age, and in order to achieve this continuity of supply we have three separate and very distinct flocks of sheep. The largest of these is the North Country Mule flock. The Mule is a well established breed, produced from mating Lowland Blue Faced Leicester rams to Upland Swaledale or Blackface ewes. The resulting progeny has all the best attributes of its parents – good mothering ability, easy to handle, good milk production and hybrid vigour. The Purston flock of North Country Mules was started more than 35 years ago and now amounts to more than 600 ewes.

Our secondary flock comprises of 200 Poll Dorsets, established in 2007. Unsurprisingly they originate in the County of Dorset and can either have horns or can be bred without, and these are then called “Polled Dorset”. They are a very traditional pedigree breed with a large fleece and wool on their faces and are naturally prolific breeders. This means that, very unusually for sheep, they can produce lambs in the winter time and we lamb them in November and December.

Finally we have a flock of 100 Lleyn, a breed that originally came from the Lleyn Peninsula in North West Wales. The breed has recently become much more popular in the South of England due to the hardiness, independence and mothering ability of the ewes. They naturally breed in late spring/early summer when the best of the grass is available for the growing lambs.

We mate our three breeds of ewe to top-quality, hand-selected rams from Pedigree Flockmasters. Currently we are using mainly Charollais and Suffolk Rams. 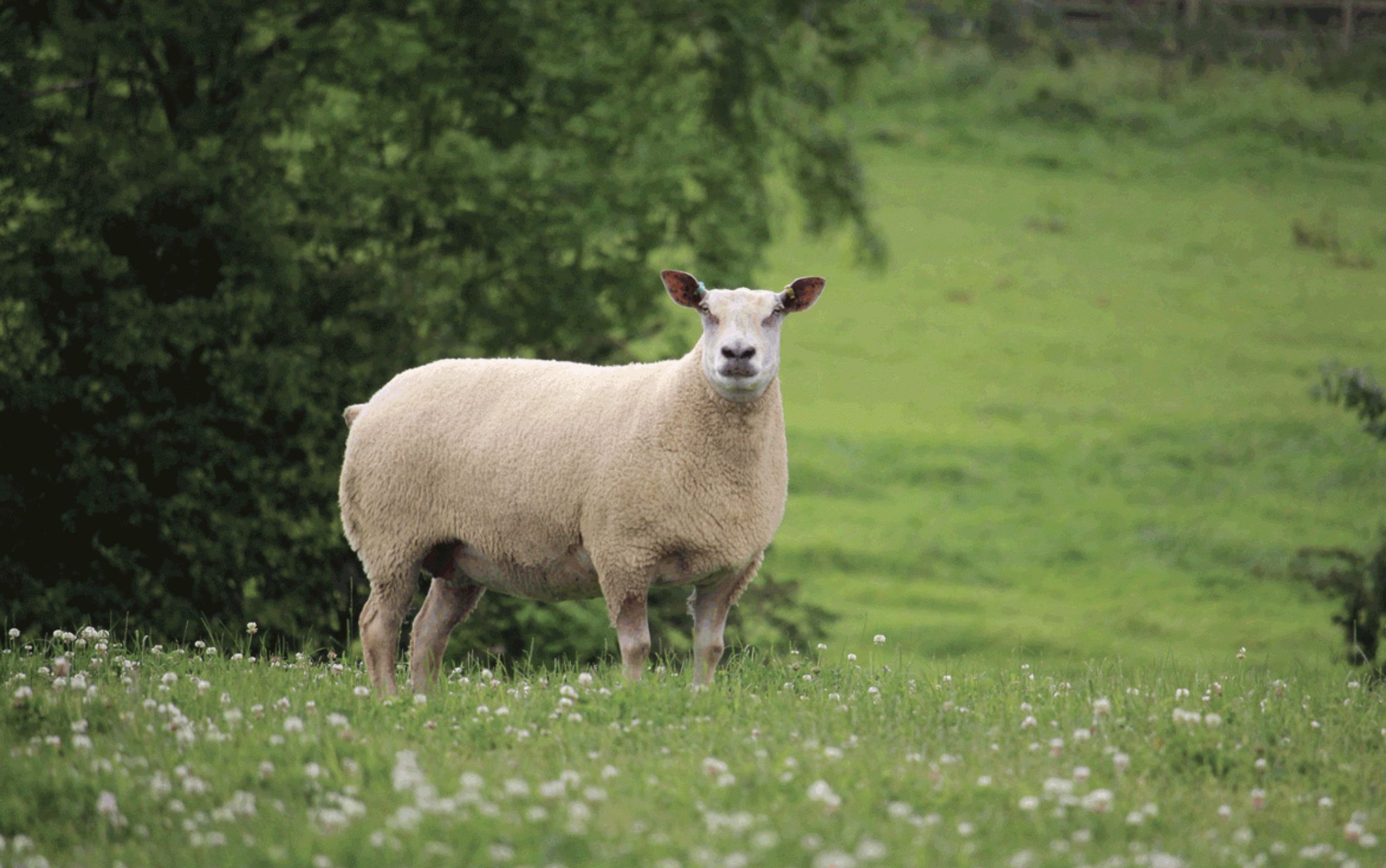 Charollais
The Charollais originates from the Charolles district in the Bourgogne region of Eastern France. It is a medium to large sheep, with well muscled loins, a deep, wide chest and a long back. The breed is primarily a terminal sire, so the fleshing quality is of the highest importance. Charollais have pinkish faces and the fleece is white, fine and dense.

Suffolk
The Suffolk is a very popular and long-established English breed, with a distinctive black head and legs and close-cropped white wool. Independent trials show that Suffolks have the fastest growth rate of all the terminal sire breeds.

We also have Pedigree Dorset and Texel rams, the latter coming from the island of Texel off the Dutch North Sea coast. The British Texel is a medium sized sheep with pronounced muscling and a long loin coupled with natural leanness.